With gallons of creative juices Plaid’s professional-grade creative professionals are our secret sauce – zesty and full of spunk. 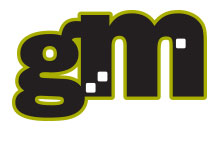 Leading the creative charge is Plaid’s creative director, George Meyer. Born in Anchorage, George is all Alaskan. Before going to school to learn his trade he worked in his family’s commercial fishing business; where he became intimately acquainted with roughly a million pounds of Salmon.

George started his creative career at an established Alaskan advertising and PR agency; going from a raw entry-level design grunt to eventually leading a team of five as creative director. He has held that position in both Alaska and the Lesser 48.

Equipped with a dominate creative gene, extensive training and a degree from the Art Institute of Seattle; George has wide-ranging experience in visual communication and all modes of advertising. He has worked with distinction for clients on local, state and national levels and has been recognized for his award-winning television and radio spots in each.

His favorite color is plaid. 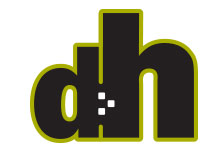 Mixing the creative cauldron in the Plaid laboratory is Devon Marie Hewlett. Born, raised and still living in Anchorage, Devon is Alaskan to the core. She is a lifetime hockey fanatic. For 22 years the Aces were her jam. In fact, for the last 13 seasons she has worked in the home office of the Aces – living, breathing and, generally being immersed in, all things hockey. As a result she has become a connoisseur of mullets and their myriad variations.

Devon arrived on Plaid’s doorstep with a BA in Advertising Design with an emphasis is marketing management from Oklahoma Christian University clutched in her fist; as well as the multi-faceted creative talent to back it up. She is a whiz designing zesty graphics, laying out publications, event planning and playing nicely with others.

She can also say the alphabet backwards. 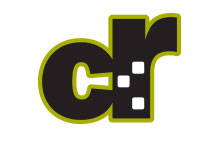 As a most-of-a-lifetime Alaskan Christian keeps Plaid coordinated and stitches up the loose ends. Much like his favorite tool – the Leather Person – he is the multi-tool of the Plaid machine. He is also our in-house audio producer and as-needed voice talent – writing, reading and mixing scripts for both television and radio. Christian is quick with the puns and Laffy Taffy jokes but is still Plaid’s best foot forward when coordinating with clients.

He firmly believes that a brain is a terrible thing to taste.